Todays post is based on life before baby t, about myself and my amazing fiance and how we met etc.

Firstly we have to rewind to march 2014 so it wasn’t too long ago which gives you an inclining in how long we have actually been together. So march 2014 I posted a picture as one does on social media (twitter) and it gets retweeted a few times and then a guy (MB) appears in my mentions. Now if you follow me on my other social media platforms I literally interact with every (being very free spirited and all that lark). So a guy who’s display picture was barely visible commented on the picture and said ‘you’re stunning or beautiful’ (something along them lines). I responded ‘fanks’ and we began to exchange conversation which led to him asking my ring size (yes he was asking my ring size) I swiftly responded ‘6.5’ and he said how he had noted it down. I found it very cute but funny at the same time.

So fast forward about few weeks we exchanged a few tweets here and there, MB would compliment me every single time, but not in a corny way which was refreshing. So on April 9th MB decided to slide in my DMs lol. We exchanged social media handles (snapchat) then on Easter Sunday we spoke the whole day.

I was sat in bed all day wondering when is this guy going to ask for my number. In true Gemini style I just asked for his and the rest is history. Well history in the making!
January 3rd 2015 we became official boyfriend and girlfriend.

October 2nd 2015 we found out we were expecting a bundle of joy. 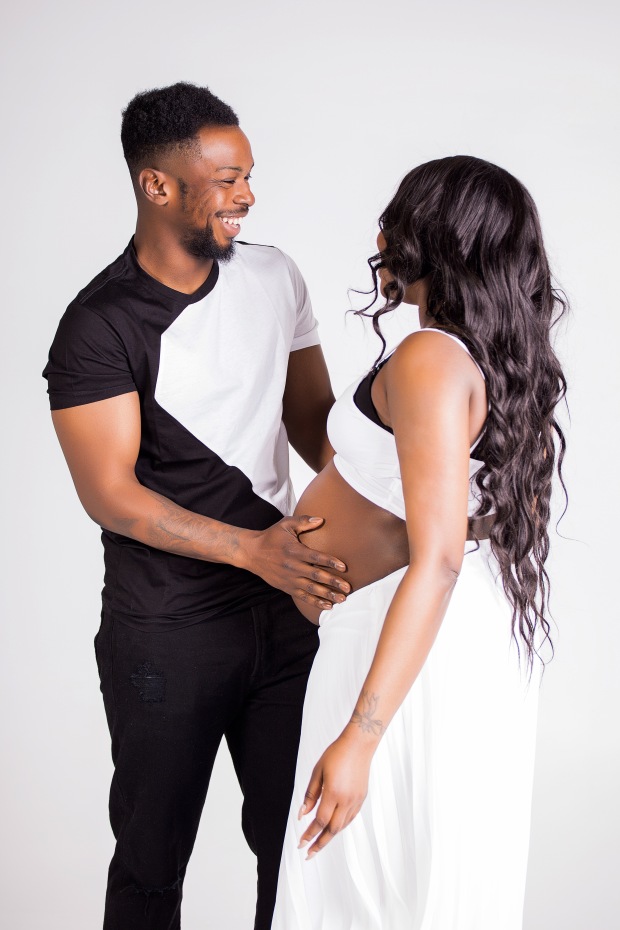 June 3rd 2016 we were officially engaged.

June 25th 2016 we were blessed with a beautiful healthy baby girl.

It has been an amazing journey so far and words can’t describe how blessed and thankful I am to have my fiancé as my best friend first and foremost, everything else is an extra.

How we plan on keeping our honeymoon period

Well our first few ‘dates’ were super casual, we would meet up at coffee shops and just chill and enjoy each other’s company. We then decided that forever we would have a date night every month. Proper get dressed up and wine and dine each other. No matter how busy we are or tired etc, and we have kept up with it. It sounds very simple but it is very important as a couple to enjoy each other (pause).

How we deal with different opinions

By different opinions I mean a cheeky mare every now and again, who doesn’t have them; especially when you love each other there is bound to be super high tension and hostility. Now I’m the talkative type, the type that doesn’t rest till I’ve said everything. My fiancé is the total opposite hates the back and forth and the repetitiveness that us females always seem to give. So we meet in the middle, I air my issue he listens, we discuss the changes and move on. Literally no point dragging out an issue that was probably a misunderstanding.

Well living together is the best because I’ve always got someone to cuddle up to (yes I’m super soppy). But with two people and a new baby in the house the house work doesn’t double but it quadruples, good thing my mom taught me all the domestic trades.

I must say I am very hands on and have severe OCD so I like things done in a particular way and cannot stand the built up of mess, legit makes me itch. We all know most guys are quite laid back and relaxed and have a ‘I’ll do it later’ way of thinking. So now I’m a bit more relaxed so we both do our bit in the house. MB always goes the extra mile because he knows how tired I get exclusively breastfeeding (in the words of blac chyna, get yourself an MB lol).
Hope you enjoyed a small look into my whirlwind happily ever after and it’s just the beginning.